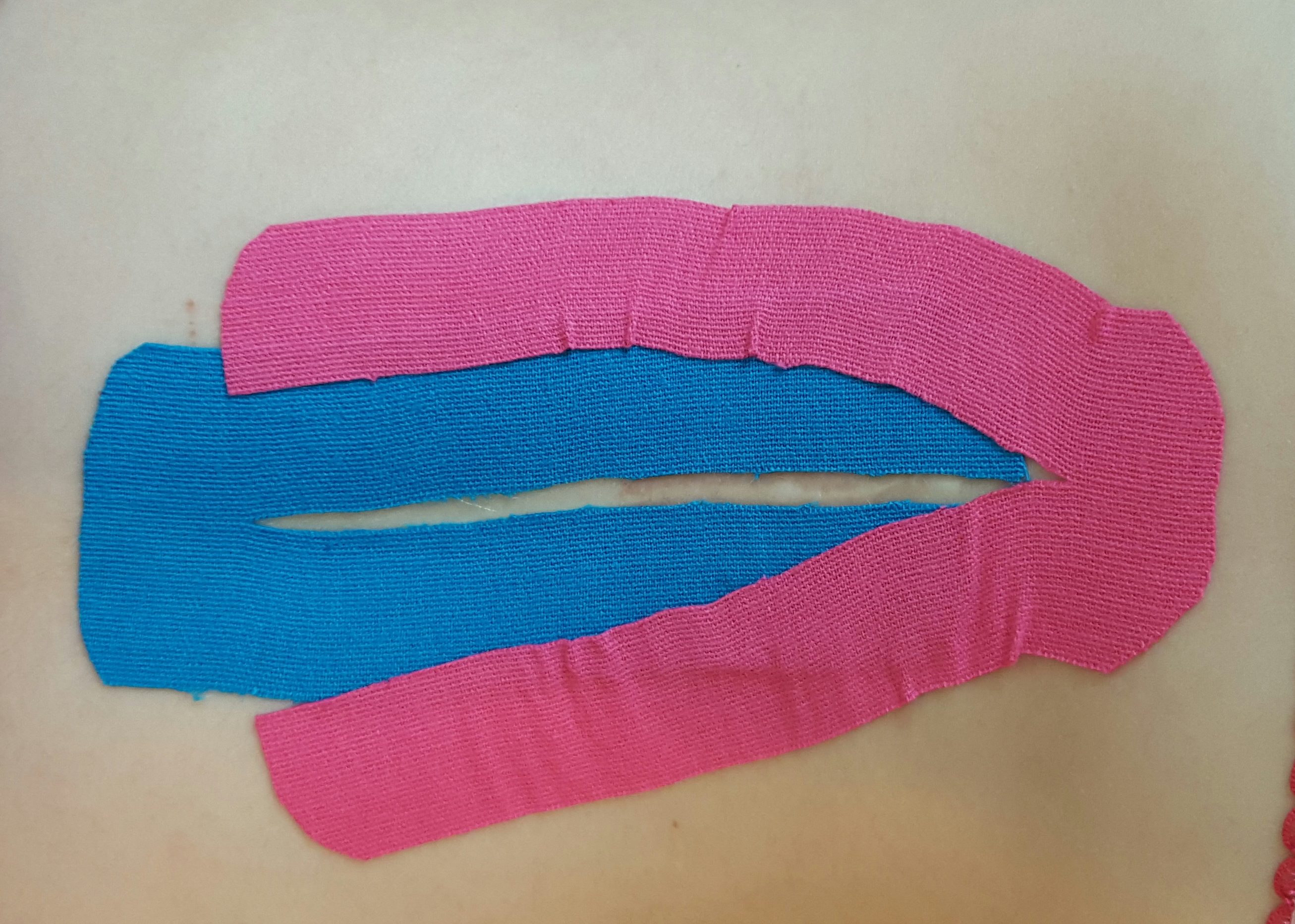 What is Kinesio Tape?

Kinesio tapes are elastic, therapeutic tapes, which were originally invented in the 1970’s by Korean chiropractor, Kenzo Kase. He found the non-elastic tapes that were available, did not allow injuries and joints to mobilise. This led to muscular wastage and longer healing times. Kinesio taping is probably best known in the UK for its use in sports therapy, where the tapes are worn by athletes to support musculoskeletal injuries. Brightly coloured kinesiology tape is now a common sight at all major sporting events, yet its use is not limited to athletes. When specifically applied, the tape can be used to allieviate any type of musculoskeletal pain, inflammation, swelling, bruising or injury. It can also correct myofascial, lymphatic and neurological problems.

The tapes are medical grade. They are made from 100% cotton with elasticity similar to that of human muscles (130–140% self-stretching). Their hypo-allergenic, wave formation adhesive backing, reduces the risk of skin irritation and allows the skin to breathe. The adhesive is activated by body heat. Although the tapes are air and water-permeable, they are also water resistant.  This allows for daily showering and swimming. It is very rare for a patient to be allergic to the tape. If they are, it is usually due to poor quality tape with cheap glue, the incompetance of the person applying the tape or too much stretch has been applied.

Kinesio Taping can be applied after physiotherapy, massage, myofascial release or manual lymphatic drainage to reduce swelling, bruising & inflammation, repair, correct and realign muscles, reduce pain and promote recovery from injury or surgery. The tape works by delivering altered messages to the brain. It also lifts the skin away from underlying stuctures, reducing pressure and ehancing blood flow and lymphatic uptake. The elasticity of the tapes allow for full range of muscular movement, while fully supporting injuries. They maximise the body’s own anti-inflammatory healing process. The hypoallergenic, porous, skin friendly properties of the tape make it possible to wear the tape for many days, delivering 24 hour a day treatment.

Kinesio tape is truly remarkable. It was developed to be the same elasticity as human muscles and the same weight and thickness as human skin, so when it is applied, the brain quickly thinks it is part of the body's own feedback system that tells the brain where the muscles, tendons and ligaments are positioned in gravity. This constant feedback loop allows the brain to tighten, loosen, adjust and correct as it responds to daily movement ansd exercise. It is known as the neuro(nerves and brain)muscular system. With the tape in place to support joints and muscles, the brain releases the localised tension under the tape and recruits other muscles to compensate for the temporary weakness, so the damaged area can heal. The relaxation in tension soothes nerves and pain signals from the muscles. Taping increases blood flow to damaged tissues, bringing healing nutrients and reducing recovery times. In a specific application taping can also reduce blood pressure.

Kinesio Taping has many applications:

Absolutely, yes it does! I have used it for over 5 years and wouldn't be without it. It supports and retrains the body and nervous system to find a new, more balanced 'neutral' position. It prolongs the beneficial effects of  other bodywork and MLD treatments. How it works is debateable.  There has been much scepticism from the medical profession about how (and if) the tapes actually work. There are many educated theories based on the anatomy and physiology we know about to date. However, the tape works with the parasympathetic nervous system, the vagus nerve, the myofascial and lymphatic syatems and the interstitium.

In truth, we are only just becoming aware of the intricate inter-relations between these body systems. Over the past decade, more has been learned about the lymphatic system than in the past 80 years. New mapping techniques have enabled the lymphatic system to be studied in real time, for the first time ever. In 2017, it was discovered that the brain had its own lymphatic drainage sytem. How the brain drained had, until that point, evaded us.....except that in the early 1800's, Italian anatomists Paulo Mascagni and Clementi Susini had made wax models of the human lymphatic system, complete with perfectly replicated brain lymphatics, which had subsequently been discounted.

The same thing happened with the myofascial system, which was 'rediscovered' over a decade ago by bodyworkers and anatomists. It seemed to hold the key to so many of the modern illnesses and conditions that baffled Western medicine; the so called 'yuppy flu' type burnout syndromes, stress and trauma related pain conditions like fibromyalgia and the spectrum of depressive and anxiety related illnesses that ruin the lives of millions of people daily.  Strangely, the myofascia has just been renamed again as the 'interstitium' by the medical profession and has been hailed as the largest sensory organ in the body, with implications for understanding how cancer spreads from place to place.

Every advance is wonderful. It gives a theoretical basis to how the mind and body work together and against each other sometimes, reacting to stressors and perceived threats that change body chemistry and unsettle intricate hormonal balances, disrupt sleep patterns and deplete our immune systems. It also gives credence to the therapists like myself, who have worked with disorders of the lymphatic and immune system for 14 years. Over those years, I have kept up with new research and integrated it into into my own understanding. Lymphascial & Kinesio taping are examples of treatments that work with the limited knowledge we already have. I am sure that in the future, when there is enough solid evidence to show that taping works in the ways I have suggested above, its use will be banned from professional sporting events, because it can enhance performance and endurance.

are you affected by anything in this article? Want to Learn more?

If you think that kinesio taping might help you, why not give me a call to discuss your case confidentially?